This amazing reserved natural spot,can be reached by bus from Sorrento (Sita) but for the ones coming by car, just a few meters down on the road can find Casale Villarena's private parking. The restaurant and the accommodations of Casale Villarena are far only 500 mt from the trail's access.
The bay of Ieranto is about 1,8 miles.
Its name has Greek origin from the word ierax meaning hawk, to remind that in this area it was easy to find the nests of these predators.
The rocky walls fall sheer to the sea but there is also the possibility to walk on pedestrian routes and on a stair of two thousand years which connected the rocky coastline to the urban area on the top. Along the stairs there is the entrance to the Cave of the Sirens which can be reached also by boat and from other entrances on the wall. In this cave there are plenty of ponds which were used in the past to collect the salt following high tides and the consequent evaporation of the water. Facing the entrance of this cave there is a rock and when the waves push against the rock, a kind of human breath can be heard.
On the overhanging wall, which are 100 meters high, there is the entrance of another cave called the Cave of the Suppressata (Salami in English) because the stalactites here have the shape of the typical salami.
Following a more comfortable route it is possible to reach the Cave of the Crib. Its entrance is 6 meters high so the rays of light enter inside and create a wonderful game of colors.
This area is called Big Ieranto, whose shore is made of pebbles and shingles and in some points it is cover with sand to make an easier path to the boat recovering. There is also Little Ieranto, which is amidst the calcareous rocks and it has got white shingles. 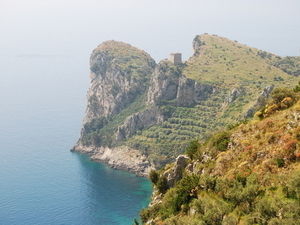 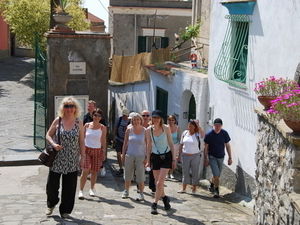 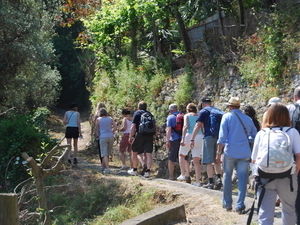 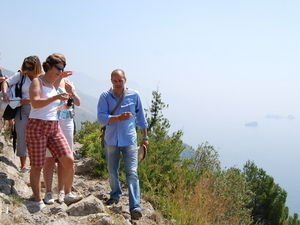 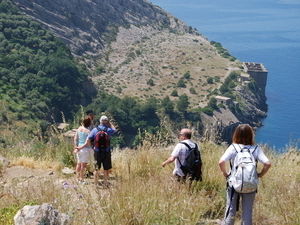 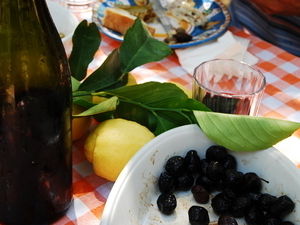 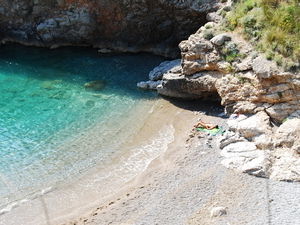 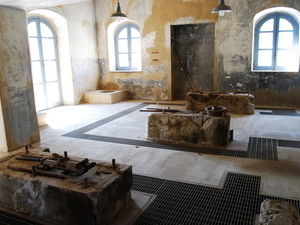 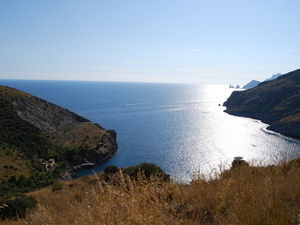 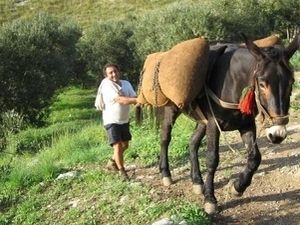 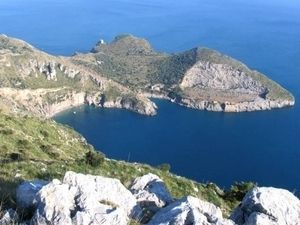 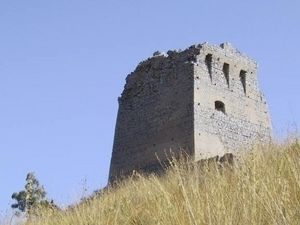 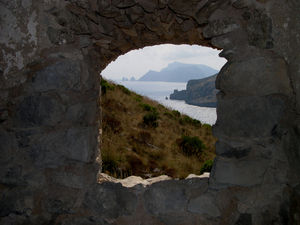